Back to the HP House

Our weekend was eventful.  Saturday morning Henry woke up in a great mood, which followed his loopiness from the night before.  He proved to be great entertainment for us and his wonderful nurses.  By noon, things changed.  Henry was afraid to go #2, and his stomach became hard and distended.  He did not feel well.  :(

Even the removal of his epidural (Yeah!), and the other lines he needed with it, Henry was not going.  Later afternoon, Dr. Standard's partner Dr. Herzenberg came in and cut Henry's cast even lower at the belly.  The red marks made from the cast showed how badly he needed that.  Luckily, Henry thinks the cast cutting tickles.

In the evening, with a little medicinal help, Henry finally went.  Poor thing was so scared.  But you could see he was feeling better for it.

It was around then that we got some more special visitors.  Henry's Uncle Matt, Aunt Cathy, and cousins came.  Henry was happy to see them.

We were still trying to figure out the oral meds, but Henry slept like a rock until 4 a.m. when it took a little while for the meds to kick in.  So, Henry and I enjoyed watching Frozen.  "Let it go, let it go!"

We had a quiet morning, and it was clear Henry was ready to be discharged.  After a game of basketball in the playroom and lunch, we headed across the street to our home away from home.  I think Henry misses the bed with buttons to sit up and down. 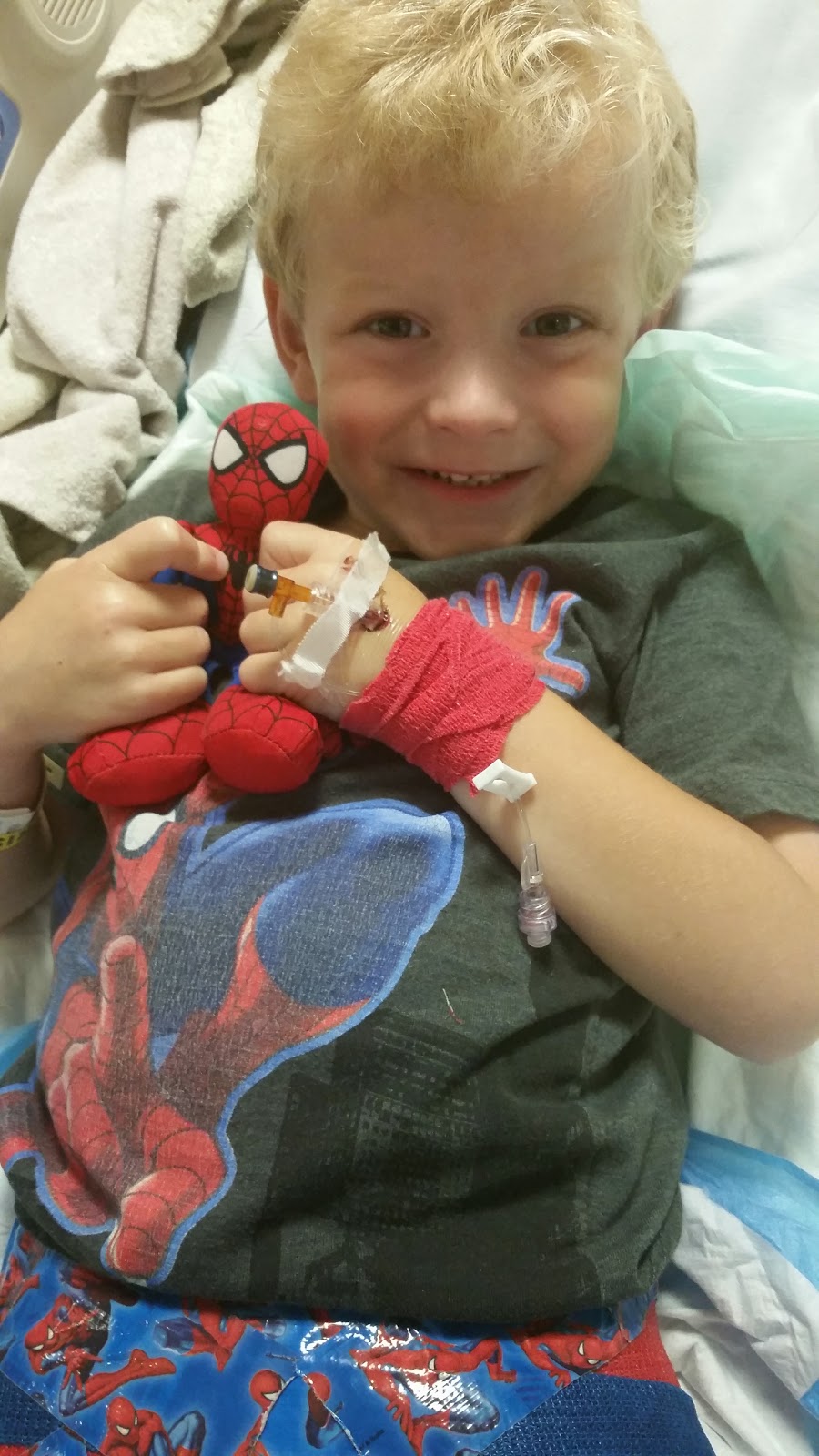 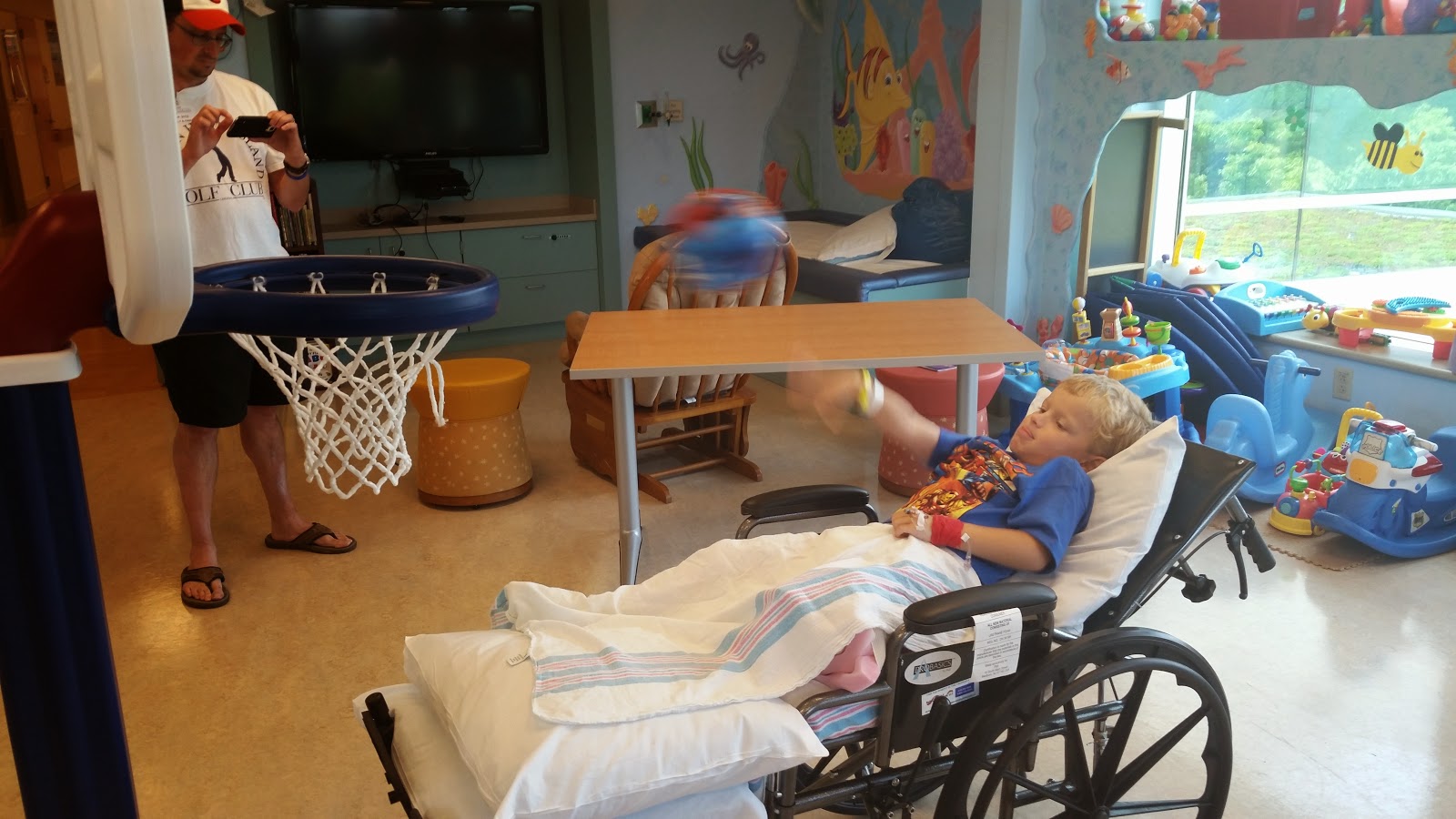 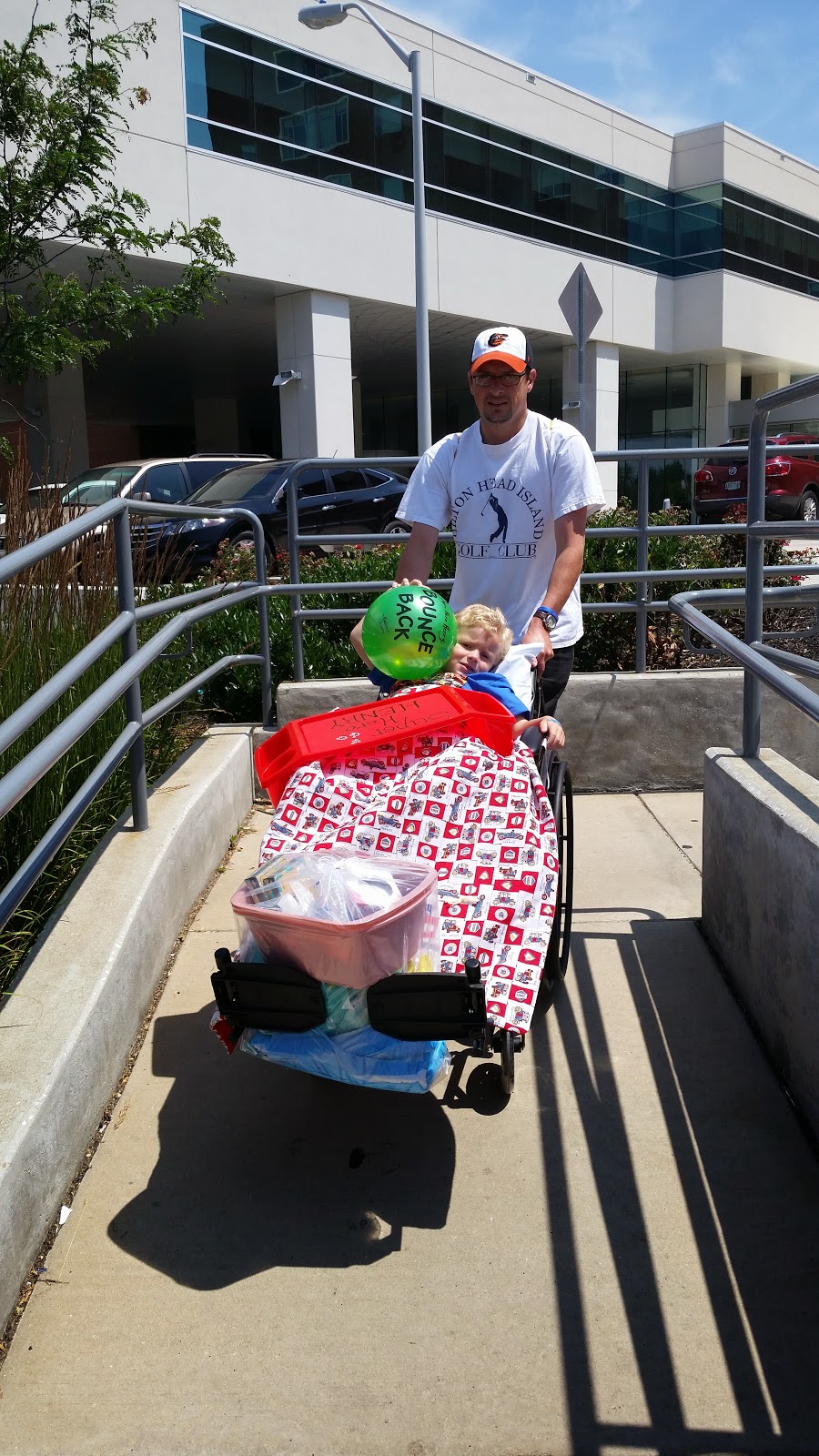 It was a gorgeous day, so it was nice to get outside.  Henry enjoyed giving the tour of the HP House to his cousins.  We ate pizza on the patio and then got ready to sleep in an actual bed (huge relief for Mom and Dad, lol).