On Friday, we made an early morning trek across the street to pre-op, again.  This time, though, it was technically not for any surgery.  Due to the length of time it takes to put on a new spica cast and the possibility of cleaning up any infection, Dr. Standard does a 2-week post-op cast change under anesthesia.


This made Henry nervous, but we assured him that he should not be spending another night at the hospital, that it was just for a cast change so he didn't have to try to hold still.  I am not sure we had him convinced until he woke up.  His first words were something like, "Do we get to go to Subway now?"  Henry had discovered he loves Subway, and there happens to be one in the hospital.

This procedure took only a little longer than an hour.  Dr. Standard came and talked with us before and after, doing his expected and usual job of explaining what he might do and why.  Luckily, there was no sign of infection.  Rah! Rah! Shishkabob! Go Henry!

In fact, everything looked really good.  Henry had a 70 degree bend at his hip, which is a good place to be at this point.  The ankle looked so good that they removed some of the hardware.


The new cast is as cool as the first, and they made it lower around his waist from the get go.

After the promised Subway lunch, Henry was feeling good and was on the move all over our room and the HP House.  He played ping pong standing, walked everywhere with his walker, and practiced climbing on and off the furniture.  His confidence and fearlessness was back, and he was doing it all. 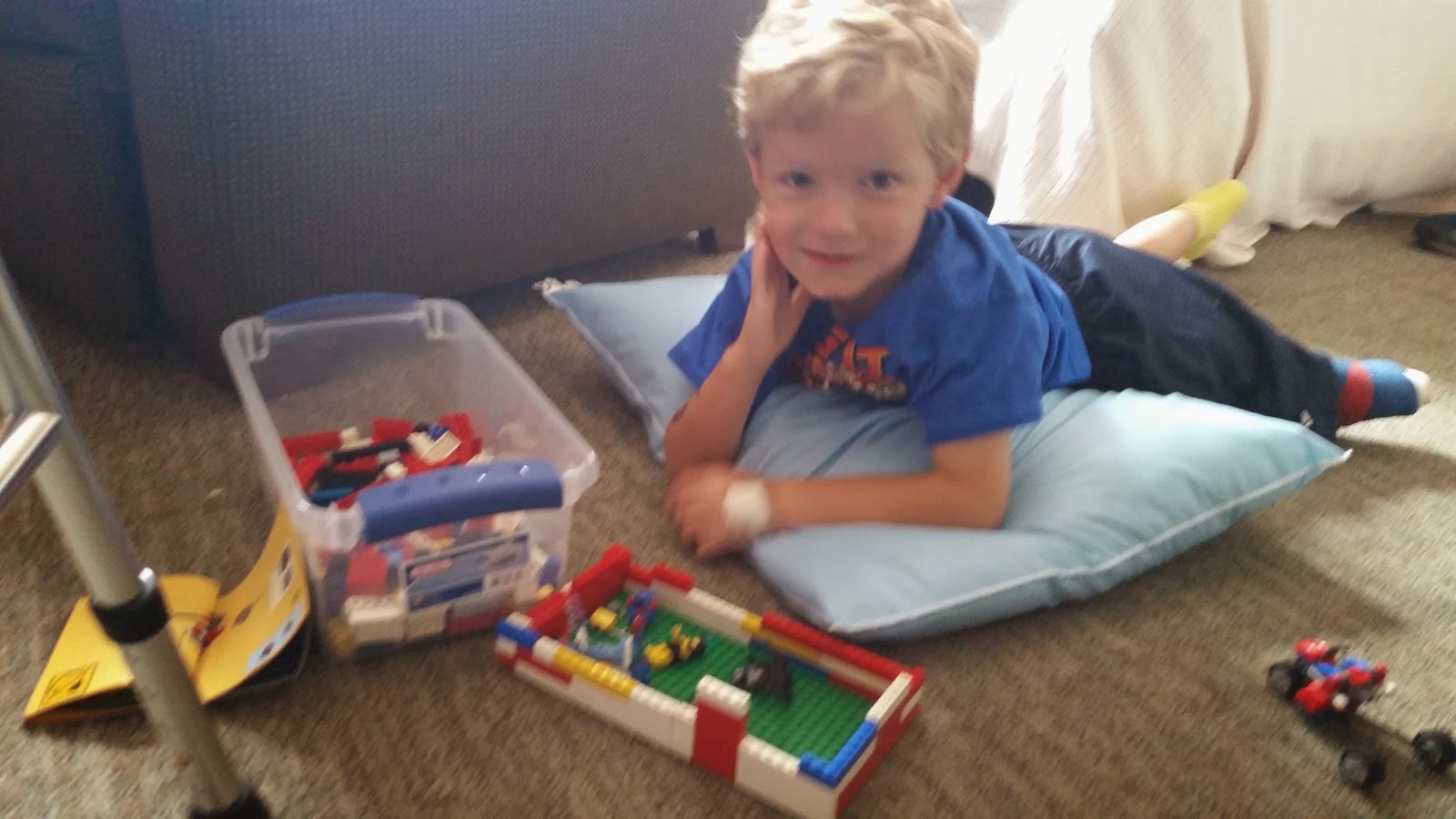 On Saturday, we loaded up the Swagger Wagon, and headed back to Cincy.  We arrived back to a Welcome Home celebration with Henry's brothers and the Go-Go's.  It was so good to be back and together and well. 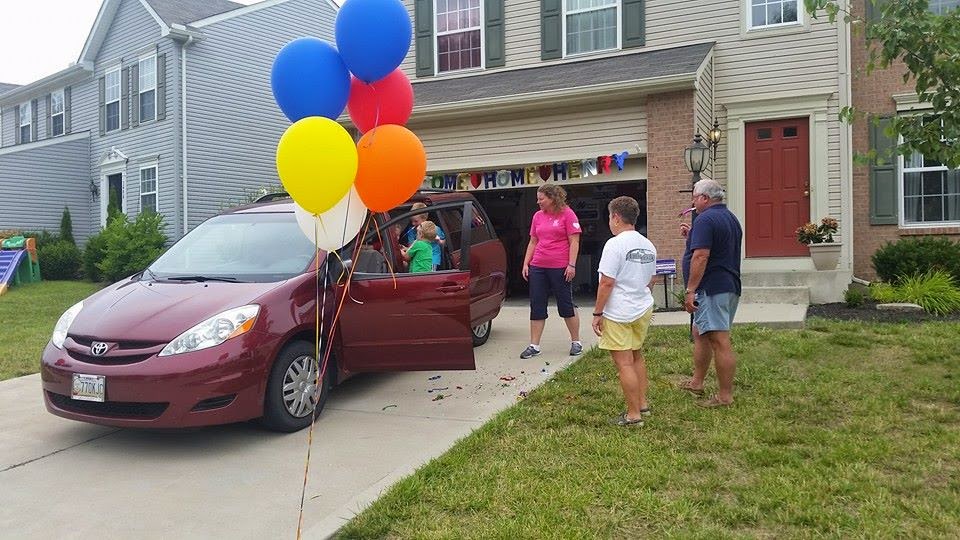 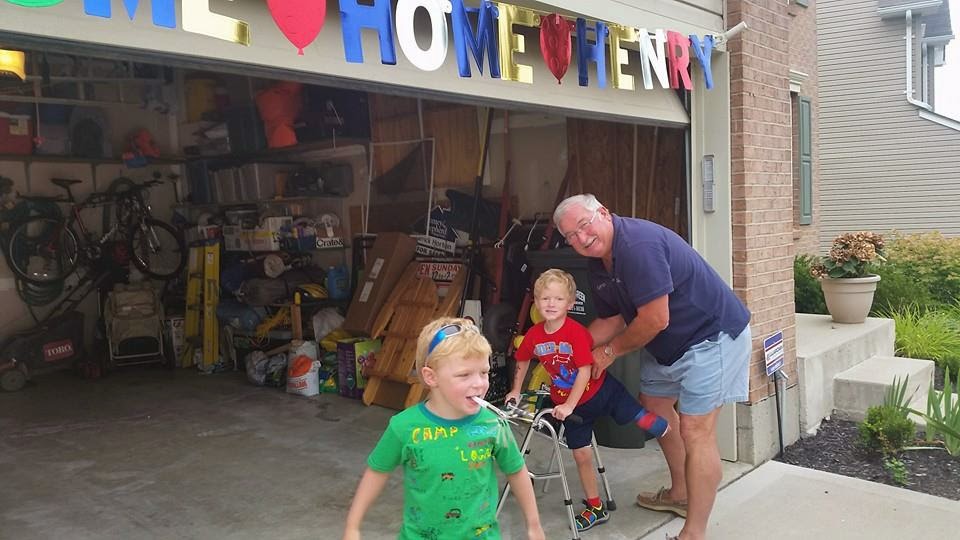 Thank you all for the well wishes and prayers.


Now, we wait and heal and hang for the next few weeks.  We will return to Baltimore in August to have the cast removed.  The shell will be turned into a removable cast/brace that he will wear for about 4 weeks as he begins physical therapy and prosthetic fitting.  There will be at least 3 more visits to Baltimore after that in the next year.  We are ready!
Posted by Stacy at 5:51 PM