While watching the Winter Olympics in Sochi, it was hard not to cry during the commercials.  At least not the first 100 times I saw them.  P&G's "Thank you, Mom." campaign was moving, well done, and hit the target.  (I did start to feel bad for the dads that were left out, but I will take my mom moment.)

Then, towards the end of the Olympics, there it was.  P&G's "Thank you, Mom." commercial for the Paralympics.


I couldn't have cried harder. In fact, I had to watch it more than once to hear the whole message.

What got me was the small snippet of a mom helping her son climb on the playground climbing wall. You see, I have helped 3 little boys master this feat, worriedly standing nearby to catch them if they fall.  I have rejoiced in their joy when they made it to the top, and I have encouraged them to do it again.  But with only one did it feel like my son made it to the top of Mt. Everest: Henry. 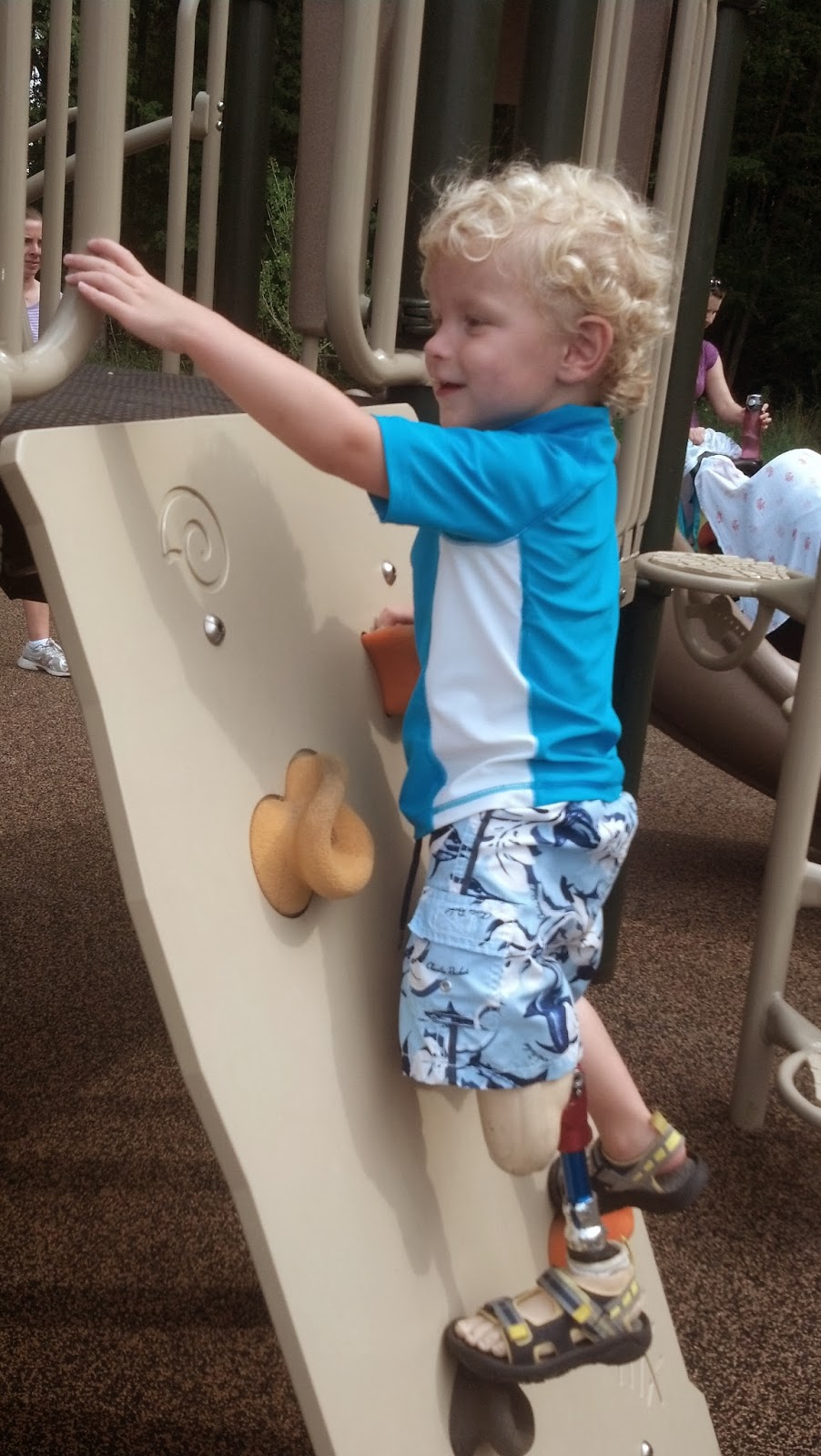 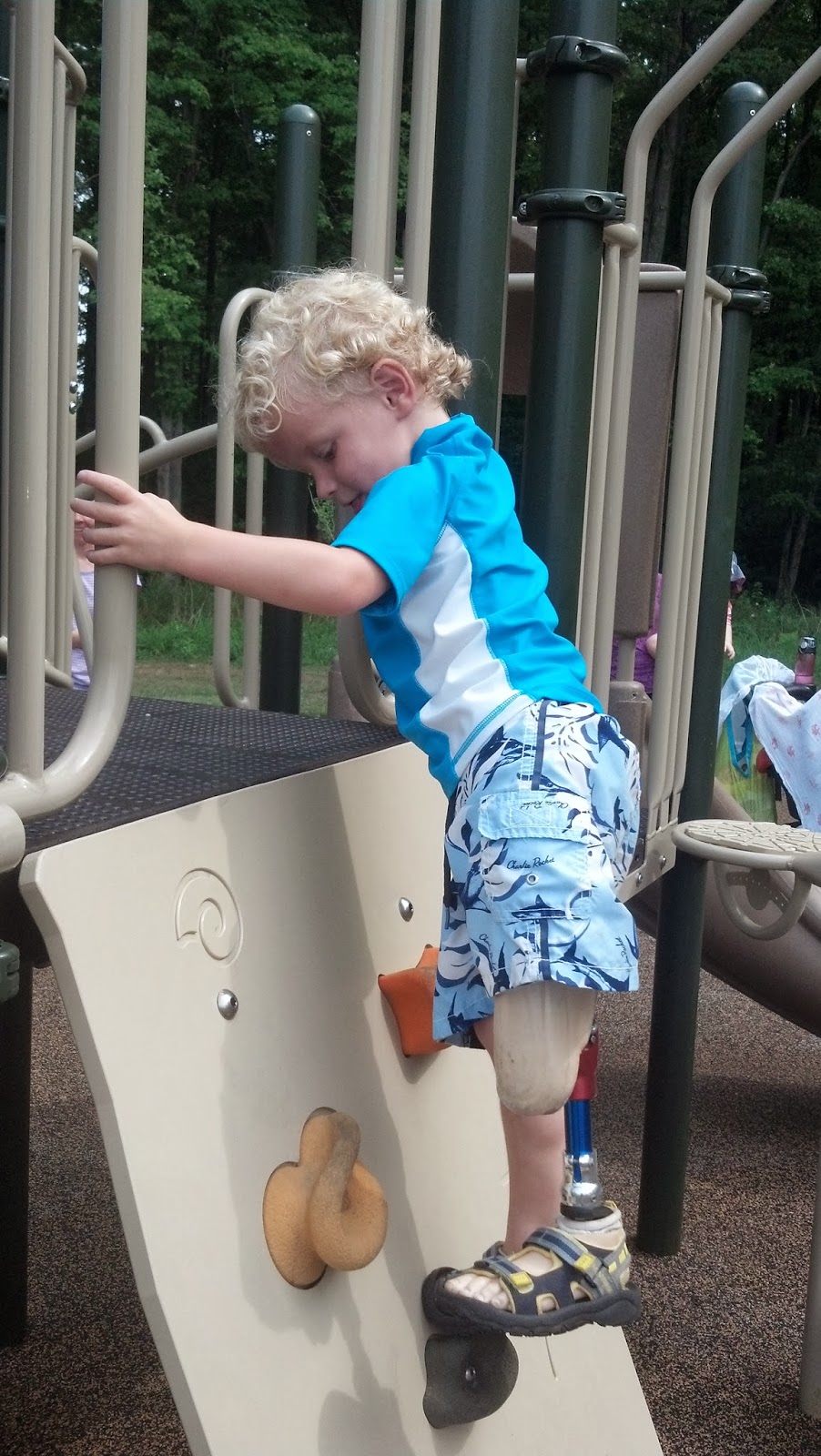 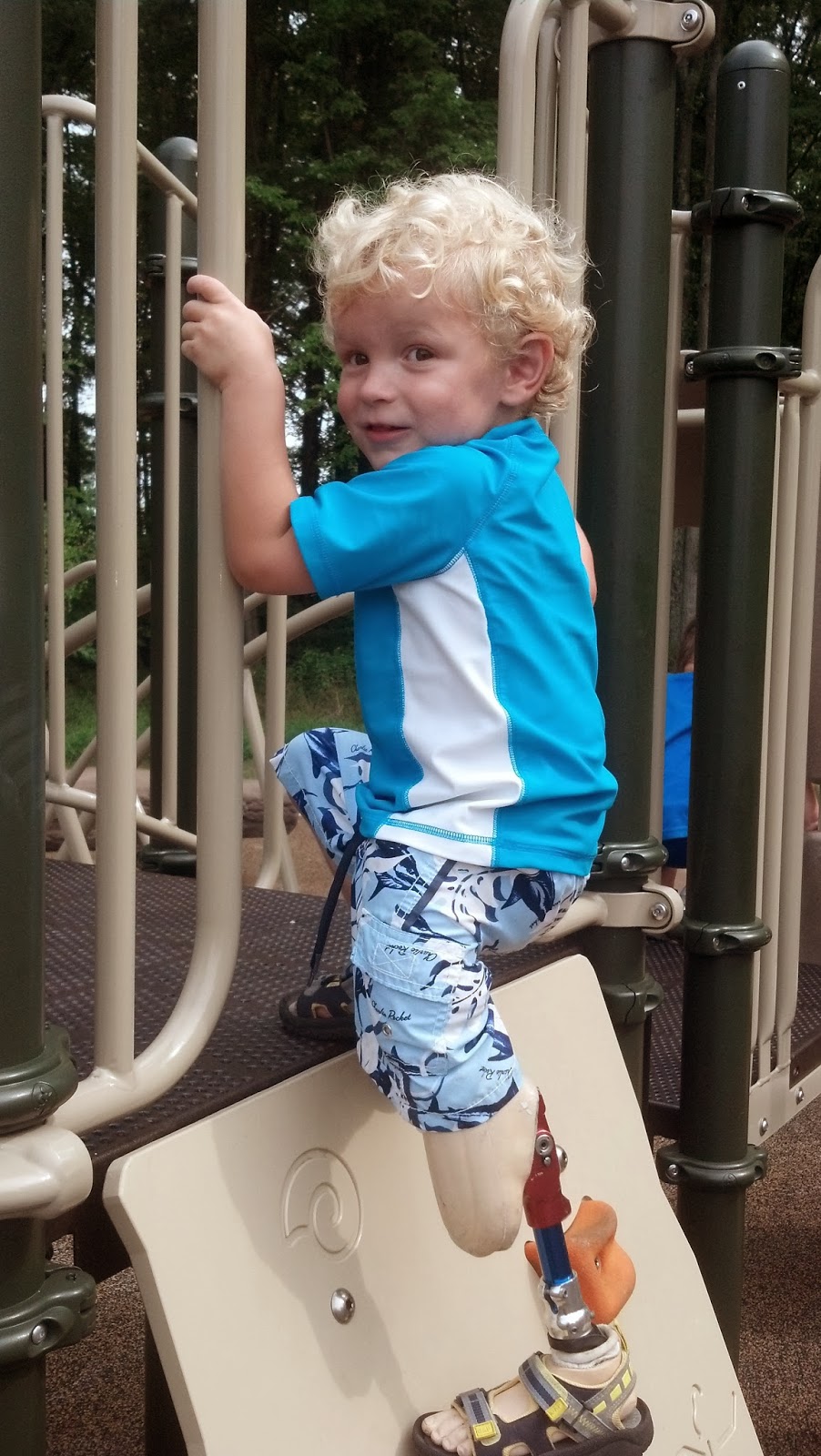 On July 18, 2012, at Home of the Brave Park, 3 year old Henry made it to the top all on his own.  In fact, I wasn't even there to encourage him and help him and catch him when he started.  I had run off to chase his 2 year old brother, and returned to find him almost to the top.

We rejoiced!  My pride and his pride both high.  He had proven again that nothing could stop him.

Then I had him do it again to show me, this time with the camera ready. :)

The commercial also brought back memories of a Desperate Housewives episode where Lynette imagines what it would be like if one of her twins would be born with a disability. Henry had been an infant at the time, so this episode also went straight to my heart, in particular the part where Lynette pushes her son through physical therapy despite his tears.  I had been living that life.

I dreaded diaper changes, not for the usual stinky reasons.  The plan was to do Henry's stretches every time we changed his diaper, and Henry would cry the whole time.  It was so hard to keep doing something, even the right thing, when it led to tears (his and mine). This was the beginning of creating this tough mom.

Maybe it was the beginning of Henry becoming a tough kid, but I think he was born with what he needed to persevere, to overcome.

So, I already know a little about what is coming.  What it will be like to sit with my son when he is afraid in the hospital, to not let him stop when he is doing his PT, to listen to him cry when it hurts.  Yes, I will bribe him, because it is a little unfair that he has to deal with this that he didn't ask for.  But I won't let him give up.

I know a victory moment is coming, even if it is as small as climbing to the top of that small little Mt. Everest at a nearby park.