Oh, the Amazing Things He Can Do

Henry has never ceased to amaze or inspire us.  Recently he has been on a streak that has my heart and soul cheering and jumping for joy right out of me.

In the past couple of weeks, Henry has figured out how to pump on the swing without wearing his prosthetic.  Once he got started he didn't stop for nearly an hour.  What joy and pride in his own accomplishment! 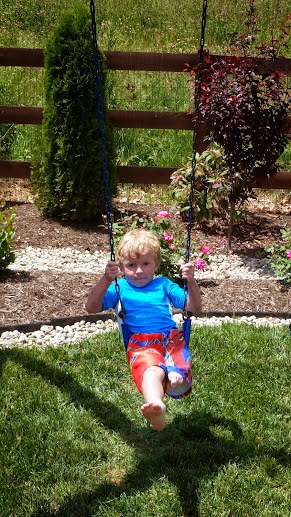 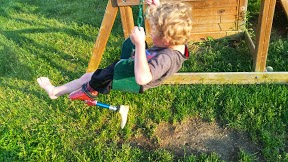 In that same week, Henry's persistence and dedication in tee-ball paid off.  During a Monday night game, Henry helped get an out while playing first.  Then in the fourth and final inning, Henry got 3 outs while playing pitcher.  He outran (a tie on one) 3 players on the other team to home base!  I think you could hear all of us cheering for miles around. Henry earned the game ball.  It was a game, a moment, I will never forget.  I don't think Henry will forget it, either. 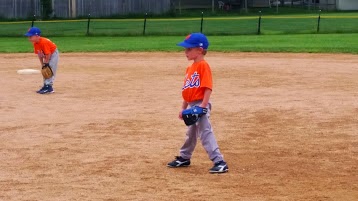 Here is Henry at the pitcher's mound, intensely waiting the next hit.

Oh, and did I mention that my running, swinging, run-scoring, baseball-playing 5-year-old also completed preschool this same week, and is ready for kindergarten in the fall?